Pre School and being an emotional mummy

My crazy lovable first born had been going to nursery one day a week since he was 9 months old. I've always hated leaving him at nursery but it's something most of us have to do right?! As he approached his 3rd birthday I thought it was time for me to start looking into pre school's.

I knew his nursery had a pre school room within the setting but I wanted him to go to a dedicated pre school so all the children did the same hours - so they all went in at the start of the day and all left together at home time. After I researched lots of pre schools in our area, I managed to find one that both Finley and I loved and I signed him up to start in September last year. As he turned 3 at the end of September he was going to do 6 hours a week, 8.45 - 2.45 on a Monday.

I cried on his first day! Even though there was no change to me leaving him as I already did every Wednesday at his previous nursery this seemed real, like my baby is growing up - too fast I may add!

We soon got into a lovely routine of a Monday being pre school day and me getting boring jobs done, that was always a nightmare with two in tow and much easier with just Noah. Then January came when his 15 hour free entitlement. This is the time I had been dreading when he went from just one day a week to two full days plus a Thursday morning. I am one of those emotional mums that with every milestone in their life is a huge one for me, I am just an emotional mummy!

So the week came where he would be at pre school Monday and Wednesday 8.45 - 2.45 and Thursday 8.45 - 11.45 and I felt completely lost. Even though I have my 1 year old, Noah, I felt surplus to requirements. But Finley LOVED it! And on the days he didn't go to pre school he asked to go, which I tried not to take offence at, lol! He has been going full time pre-school hours now for two weeks and we are already in a nice routine. Plus, I manage to get my housework done while Noah naps which then gives me more time to play with the boys on a Tuesday and Friday. I'm still adjusting to my eldest being at pre school but as he loves it that's all that matters to me. 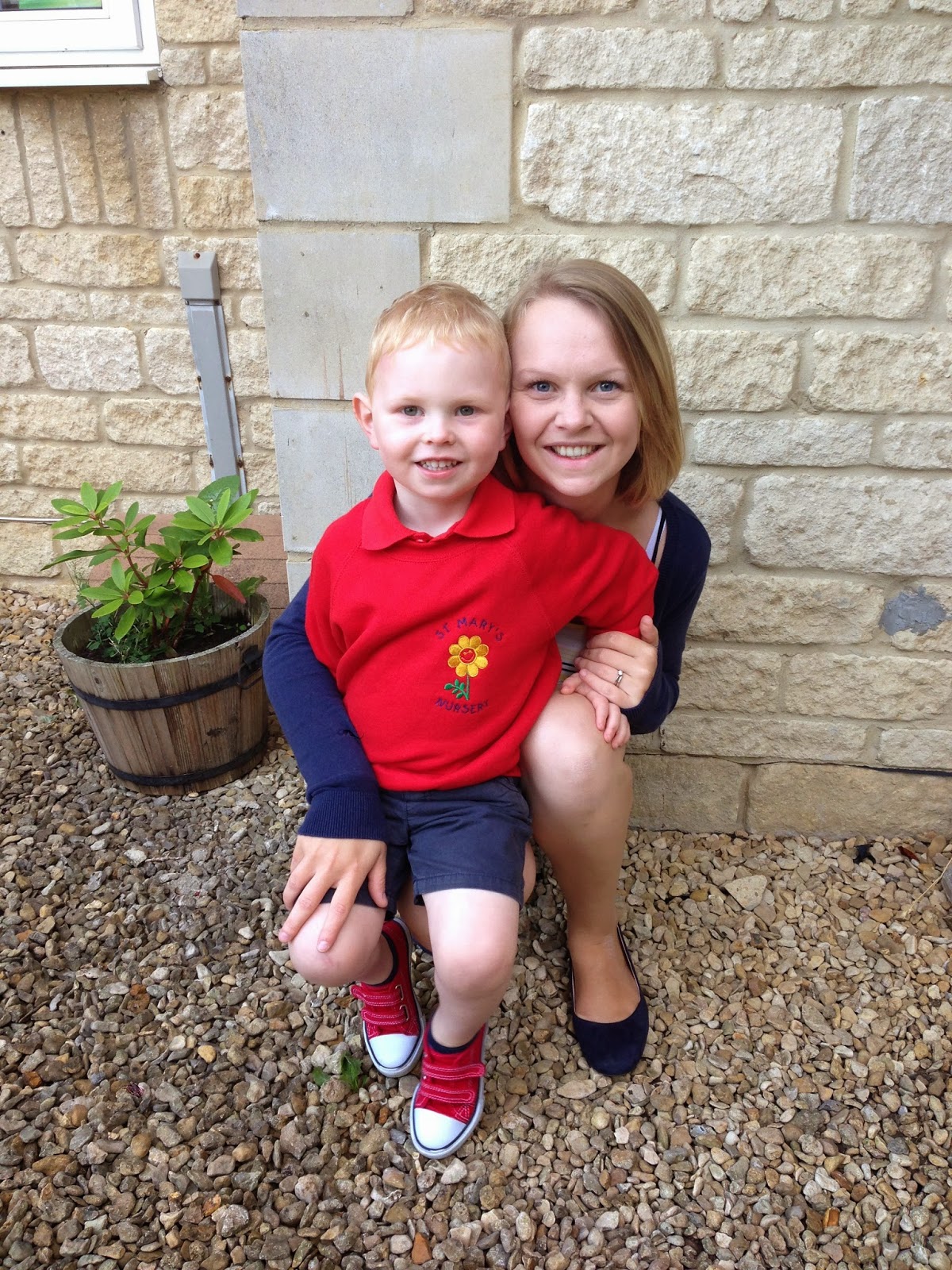 One of the most emotional days of my life (over dramatic, yes!) :-)

Posted by Something Crunchy Mummy at 18:54