I have only ever taken Finley to the cinema once and that was to see Postman Pat The Movie. He absolutely loved it, even though he did get a little restless towards the end (and when the popcorn ran out!). So when I saw that Peppa Pig was to be on at the cinema and that it was only 60 minute long, I thought this was a great opportunity to give the cinema a go again. Plus, it was released on Valentines day which meant I had the perfect date with my little guy before an evening with the husband.
I told Finley we were going to see Peppa Pig about a week before. He has the best memory in the world and all he talked about last week was 'going to the cinema to see Peppa and her golden boots'. And every time the advert came on the tv he would come running to tell me that we'd be watching it that weekend.
We got in the car on Saturday morning and Finley was so excited. We were meeting Kerri and Finley's best friend, Harry, there and all Finley could talk about on the way was seeing them. We got there early so we went in, picked up the tickets and went to grab some popcorn and treats. He made a beeline for the pick and mix and as it was a treat I said he could have a little bag (still costing a small fortune!!) and went and grabbed some kids boxes for the boys. Once ready, we took a seat and waited for Kerri and Harry. As soon as Finley saw they were coming he got up and ran to them holding up Harry's box in excitement. 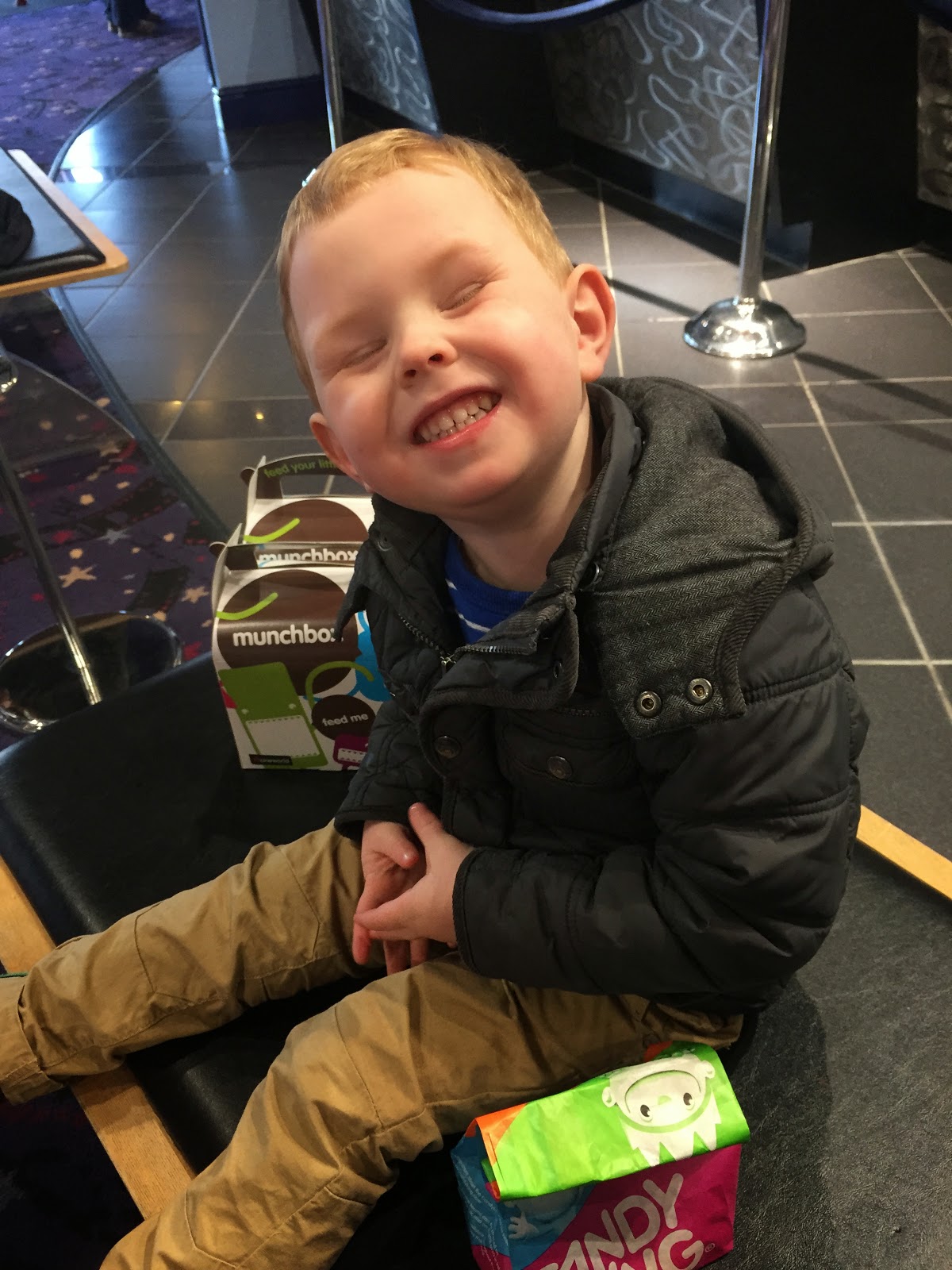 
We headed in to find our seat with pick n mix, booster seat and popcorn in hand. Before we could even sit down Finley wanted his popcorn! I tried to get him to hold off and wait until it started but when there is popcorn in Finley's reach there is no waiting.
There was an advert that kept repeating between trailers and Finley did make me giggle by shouting 'oh no not again' as each one came on.
Then he needed a wee, during Postman Pat he needed a wee 6 times!! So I thought we may have the same thing again, but thankfully we didn't.
Settled back in our seat and on came Peppa Pig. Finley was so excited he laughed so loud and sang along to the theme song (very loudly!). Then on came some people from 'Milkshake'. I loved that they had these short interactions with the children between the episodes and it kept Finley interested. They got the children to do little dances with their arms and to sing along which was great so Finley didn't get bored. 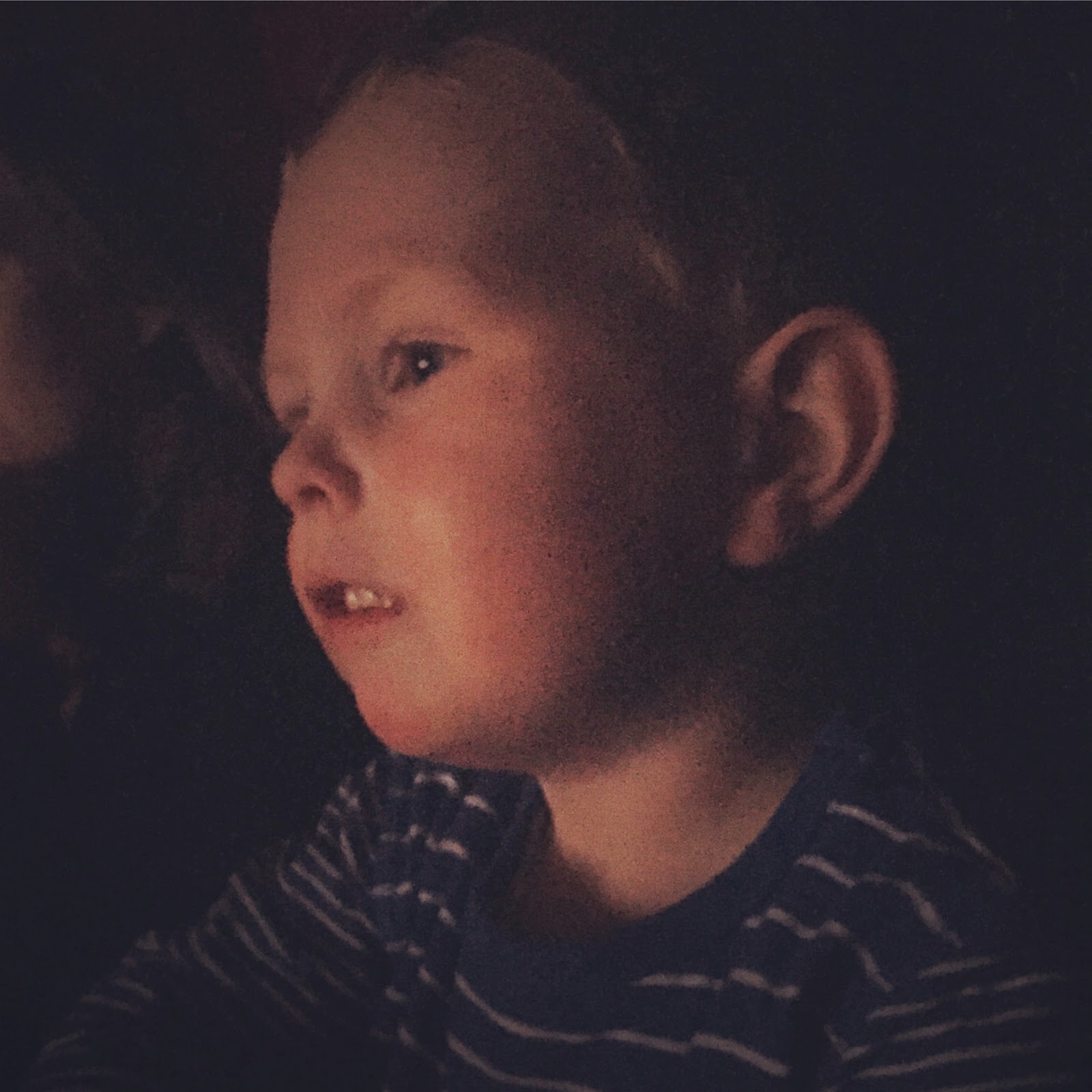 
The 60 minutes consisted of 4/5 episodes of Peppa Pig, all of which I had seen at least 10 times (we watch a lot of it!), and a 15 minute special episode not aired before. The episode was about Peppa's golden boots and Mrs Duck - Finley loved it and I have to say so did I!
Towards the end of the last episode Finley was getting a little restless as he's not that great at sitting still at the best of times. However, I would totally recommend it to anyone with a Peppa Pig fan.
It was lovely to have a morning with Finley having a giggle and eating sweets. He really is growing into an incredible little boy and every time we have some quality time I see that he has grown up a little bit more. It makes me sad but I'm also proud that my husband and I are bringing up such a beautiful boy.
Posted by Something Crunchy Mummy at 21:28